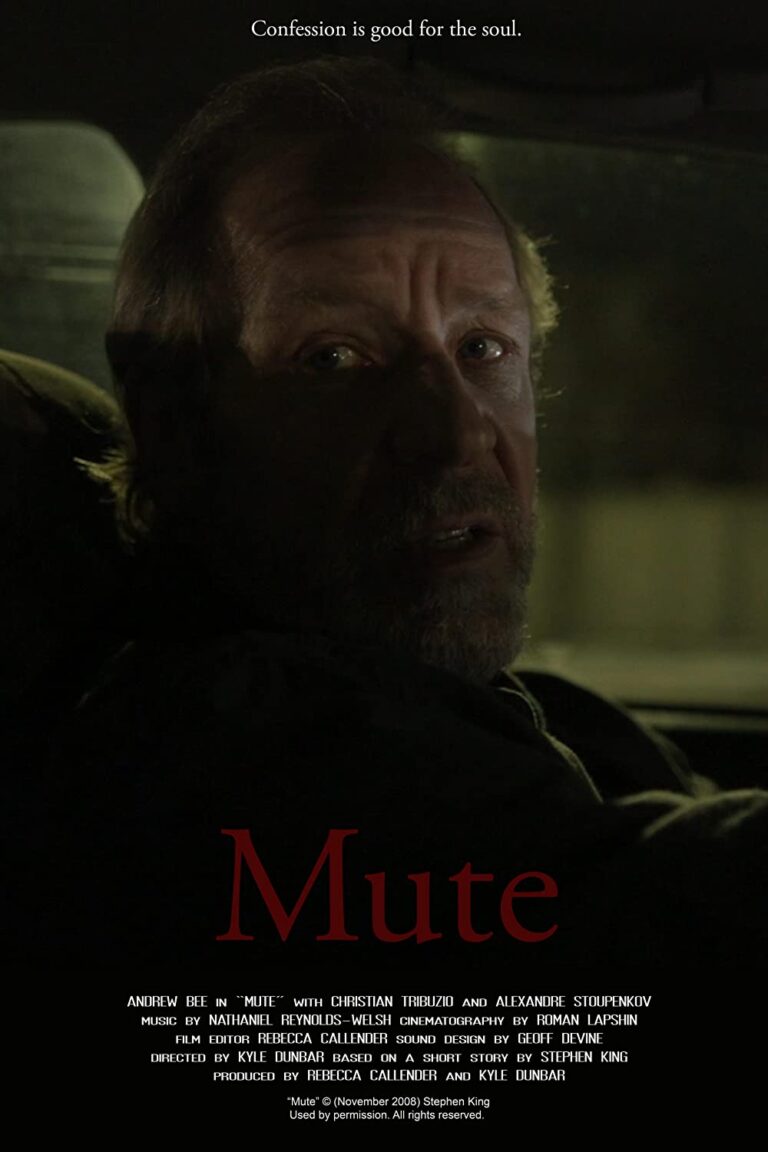 Monette, a travelling book salesman (Andrew Bee – Suicide Squad, 2016) picks up a deaf/mute hitchhiker on a lonely road. His passenger seemingly falls asleep shortly after getting into the car and, feeling that he is free to say what he wants without fear of judgement, Monette begins to talk to his passenger. Relaying the tale of his faithless wife and the financial difficulty that she has left him and his daughter in, Monette vents his frustration at his clueless passenger.

Later, stopping at a rest station, Monette takes a bathroom break, returning to the car to find that his passenger has disappeared, taking Monette’s St. Christopher medallion with him.

Several weeks after the event Monette relates the tale to a priest in confession, including the disturbing events that occurred subsequent to the hitchhikers disappearance.

Adapted from a short story by Stephen King (first published in the December 2007 issue of Playboy magazine) Mute should make ideal material for a short.

Unfortunately, as Stephen King stories go, Mute is not particularly grisly, nor does it contain anything that will make your spine tingle. Narrated in flashback, it immediately removes any concern you may have for the narrator and the twist reveal is described, rather than viewed onscreen, which removes what is essentially the ‘money shot’ of the story.

This story has previously been adapted in 2012 with an all British cast. In that version Patrick Ryecart (The Kings Speech, 2010 and most recently TV’s The Crown), plays Monette and invokes sympathy for the characters situation. This American version may stay true to the source text but it lacks any kind of emotional punch and, as a result, the characters feel dull and one dimensional.

With a runtime of only 26 minutes, Mute doesn’t outstay it’s welcome as such, but it doesn’t go anywhere either. The aforementioned British version tells the same story in half the time to much better affect.