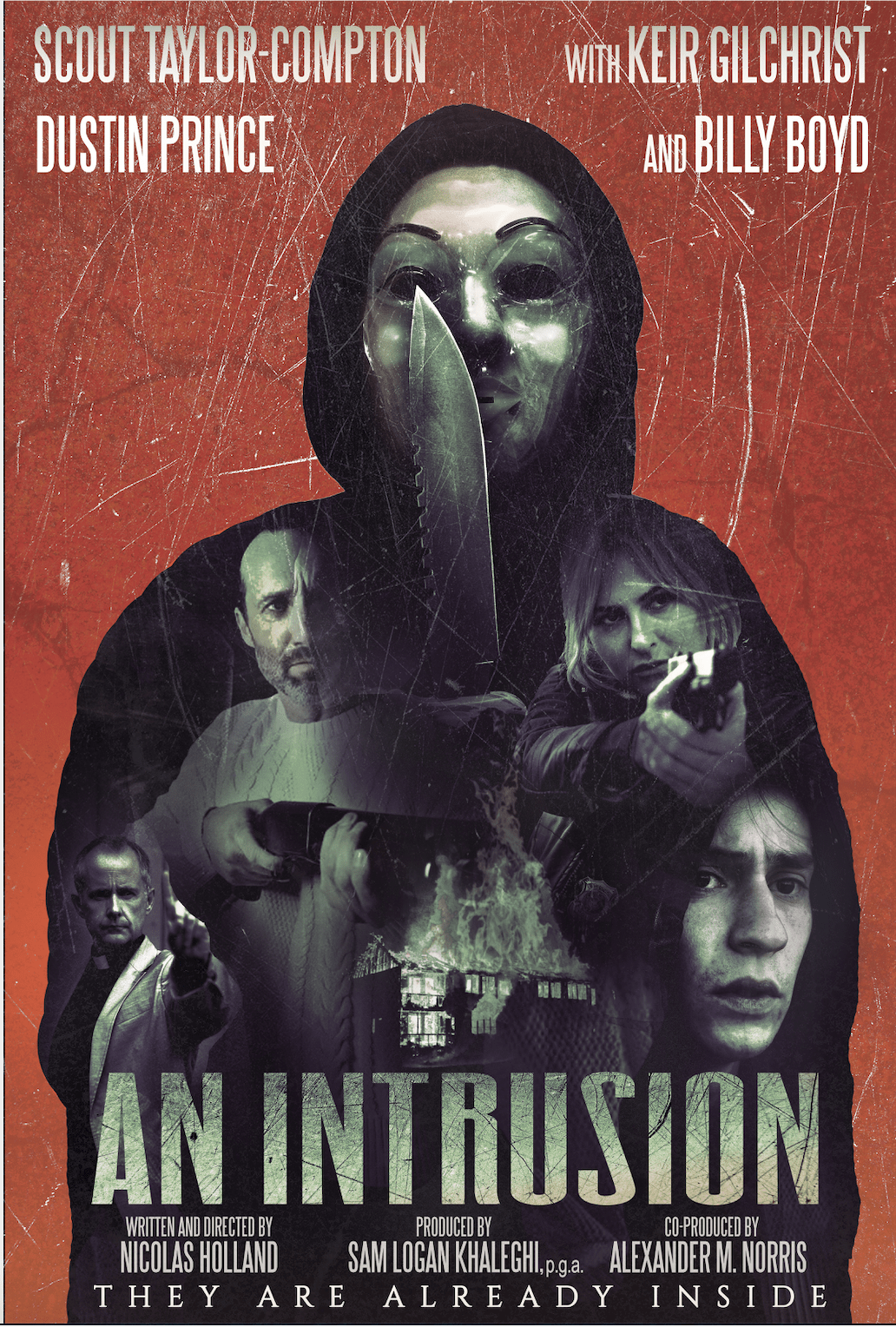 The stalker thriller An Intrusion comes out theatrically/digital on November 26, 2021 and then out on DVD/BluRay January 25, 2022 from Gravitas Ventures.

The film is written and directed by Nicholas Holland, produced by Emmy nominee Sam Logan Khaleghi, p.g.a. (who also plays the role of ‘Chris’), and co-produced by Alexander M. Norris.

An Intrusion is a home invasion thriller that follows a man who’s home and family is terrorized by a malicious stalker after ending a recent affair with a coworker. Through bloody messages and deadly threats, it is secretly revealed to the patriarch of the family that the motivations may have nothing to do with his recent secret affair, but instead a secret he has violently kept hidden in his past.

“I’m truly excited and proud that the hard work of our wonderful cast and crew from the midwest gets to reach audiences across the globe through all these mediums including a commitment to many silver screens across the country” says producer/actor Sam Logan Khaleghi.

The film will also be released internationally via multiple distribution agreements in select regions including the United Kingdom, Mexico, South America and Scandinavia/Benelux with more regions to come.