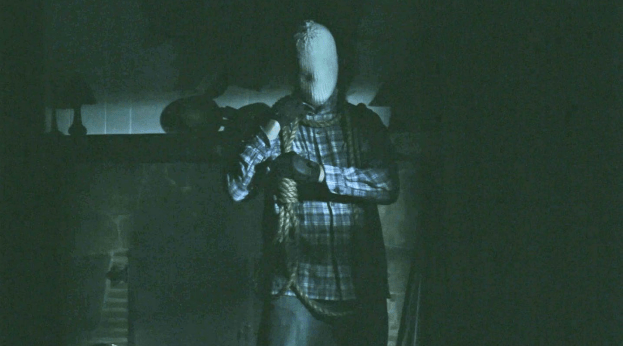 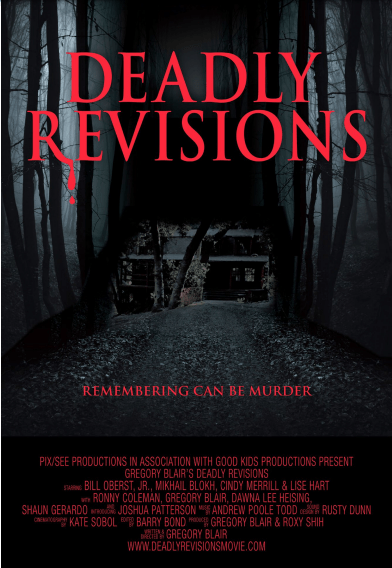 Gregory Blair’s psychological thriller “Deadly Revisions” is set to be rereleased later this year with a brand new cut and DVD/Bluray extras, including cast interviews and never-before-released behind-the-scene media. The film earned Blair the EOTM Award for “Best Director of an Indie Horror Film”, “Best Picture” from Matchflick.com, “Best Screenplay” from the Terror Film Festival and more. Reviewers hailed it as “A twisted mind bender!” (Twisted Central) and “Visionary!” (A Bucket of Corn) with “Genuine Fun Jolts!” (Ain’t It Cool News).

In the film, Emmy Award winning horror film favorite Bill Oberst, Jr. plays Grafton Torn—an amnesiac horror film writer for whom hypnotherapy and nightmares reveal terrifying images that just can’t be real. Or can they? A valentine to the horror genre, the film provides familiar tropes and loving winks to masters such as DePalma, Raimi and Hitchcock. As Grafton examines his past, the film examines the art of the horror film itself and its own value as a fun and safe place to confront fears while dealing with demonic dolls, hooded figures and other things that go bump in the night.

“For a long time, now,” Blair says, “I was itching to make little tweaks to the film, so I was thrilled to finally be able to do that. It was my first feature and, I think I’ve learned a lot since then, and so the chance to apply some of what I’ve learned to help the film shine brighter was very appealing. And we never did cast interviews, so it was a bonus to get to do that this time around.” Blair’s tweaks include everything from color to sound, lighting and editing. “The film is around 5 minutes shorter, which makes it a tighter, slicker tale… and I (hopefully) ratcheted up the scares and tension throughout. Some changes will be obvious to fans familiar with the film, others will be hardly noticeable at all—which is a good thing; with film, like with a magic trick, you never want people to see the strings.”

The DVD and Bluray will include interviews with Oberst, Mikhail Block (Deter), Lise Hart (Kat) and Blair himself. It will be a collector’s must-have. The anniversary cut will be released by SGL Entertainment who also put out the original version. Look for it sometime this December.

Trailer for the upcoming 10 year anniversary cut of DEADLY REVISIONS