5 Scariest Horror Games Ever Made 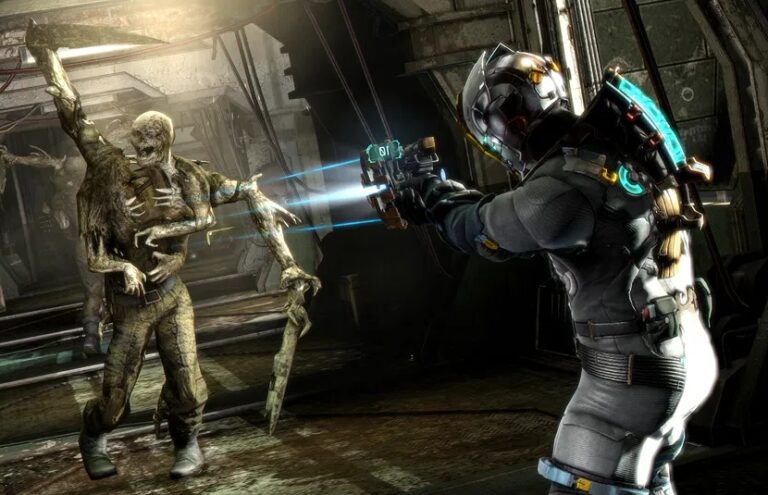 Horror is subjective to most people and what is scary to one person is often different to another. The horror genre has been encapsulated by video games for decades and has become one of the most sought after ways for jump-scare lovers to get their fix.

Other games can deliver the thrills, without the scares and one of more notable titles that doubles down on the excitement is CS:GO. A game responsible for some of the most nerve-racking moments in competitive gaming history and is even the driving force behind games like CS:GO roulette that can be played at some of the best roulette CSGO sites the internet has to offer. It might not be complete with hide behind the covers frights like some of the other games that made this list – so if it’s spine-chilling frights, we recommend reading on!

A lot has been written about Resident Evil 4, and how it gave the horror genre a whole lot of action movie feel, and how it made the cinematic style that stands completely opposite the methodical survival trend in the original resident evil more popular. You can’t overstate the significance of the game when you consider the impact of this contribution.

The fact is that you can easily forget that the Resident Evil 4 is a game that terrifies on all angles. Coupled with the fact that it makes you feel somewhat helpless, the frights in Resident Evil 4 are delivered according to sequences, and this tests how you can handle overwhelming horrors. Now, you may have more and easier control of your weapons in Resident Evil 4 than in the others, but when a hulking figure is chasing you down, raising a chainsaw over your head, you must be very precise in aiming and shooting them down.

Manhunt delivers horrors in their fullness. Here, it is not limited to the way you get scared by the game. The premise, tense stealth and environments of this game are all special, though they’ve been witnessed in some other places. But the attribute that sets Manhunt out as a truly horrifying game is the way it makes you feel when you enjoy it.

Manhunt throws you in as a contestant in another person’s perverse snuff fantasy – one that makes you feel how human you are and what you are willing to do to survive. While it’s possible for you to kill off the foes in front of you, or to avoid them entirely, you are lured into very brutal murders, in the bid to get hold of the best rewards available in the game. The regular praising from the film’s director, the very gory visuals of the kill, and the not too nice feeling of accomplishment you experience when you complete a very brutal kill, are things you won’t forget easily, even after you’ve forgotten the conventional scares that you get from other games. This one never fades away easily, as it occupies a place in your subconscious.

Manhunt was once referred to as a true grindhouse game by us. The fact is that similar to the very old grindhouse films, your idea of what entertainment is all about would be shaken by Manhunt.

The first Resident Evil was very brilliant. This brought about a lasting change in our understanding of the horror genre of video games, and set a standard that we still use to measure the quality of horror games till date. But the fact also is that the original Resident Evil cannot stand in comparison with the remakes, especially the 2002 remake.

The remake of Resident Evil is not just an upgrade on a different set of images, though a simple upgrade of such will still look amazing till date. It simply shows the desire of the Resident Evil team to create the game that they planned on creating in 1996, but failed to achieve because of the technical restraints of that era. Here, you will encounter visual scares that can only be described as incredible, most of which were achieved by the game’s fixed camera systems, cinematography, the claustrophobic environments that feel like they are about to snuff the life from you, and even the availability of a very dangerous and deadly mutation that may be birthed if you fail to kill a zombie properly, named Crimson Heads. Here, you encounter all the brilliance that the 1990s survival horror classics are built on, while improving in ways that it feels timeless irrespective of when you play it.

That the resident evil is made more accessible and more terrifying with these remakes is an accomplishment that we cannot overemphasize. In terms of video game remakes, this spells the gold standard.

Most of the sci-fi horrors are based on the terror of the unknown. Check from Alien to Event Horizon, and see that there is often the consequence of moving too far and getting entangled with something we can’t even comprehend in sci-fi horrors.

The idea mentioned above forms the crux of dead space, and makes it brilliant. While the ambience of the game and its top notch sound design must be commended, as they have been, Dead Space sets itself apart in the way the storytelling and combat are influenced by the enemy design. Can you recall the first time you fell for a Necromorph “playing dead, that moment that shocked you and declared to you that this is not a game where you will ever feel safe, not in the safe room and not when you are strolling down the quiet hallway?
Something that starts as gory jumps, gets you scared so quickly as it turns into a very deep feeling of dread for the person playing the game, in a way that when combined with the amazing sound and art design in the USG Ishimura, you will start feeling that you are in constant danger. You could be faced by a Necromorph from a vent at any given time, or it may just creep up your back.

Even the filmmaker with the lowest budget should understand that the running is the seat of the action in a horror story. Running away from something in real life is mostly interpreted as cowardice. But your number one or default line of defense in horror games and movies is to run whenever you come in contact with a terrible thing that you do not fully understand.

The relationship between horror and running is hugely understood by amnesia more than other games and movies before it. Offering players no real method of defending themselves, running becomes the most courageous thing to do in a game where monsters are triggered by sounds, and you are blinded by a traversing darkness that can make one go crazy. Here also, the fact that not all horror games must imbibe half-baked combat methods to get the players scared and engaged was established.